Crowdfunding an app that teaches a true understanding of Chinese characters

Memorising a large number of Chinese characters is notoriously difficult and consumes and large amount of a Chinese learner’s time. Even after you’ve learnt a character, keeping it in memory is quite difficult. Experts generally agree that learning and understanding the functional components of characters is the best long-term, sustainable way to do this. There’s a crowdfunding campaign going on right now for a special add-on dictionary for Pleco that looks like it will be an excellent tool to achieve this.

The dictionary is called Outlier Dictionary of Chinese Characters, and it looks like it’s much more substantial and useful than a lot of the Chinese learning apps coming out these days (especially for those moving beyond the early beginner levels).

It includes the usual things like pronunciation, definitions, support for both simplified and traditional characters and stroke order. But some of the things it has that make it different include: 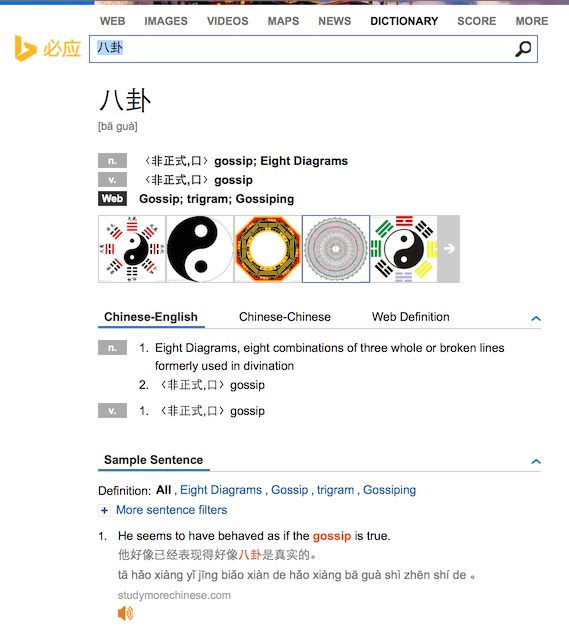 Frill is a Chinese to English pop-up dictionary extension for Safari that I wrote after I started using Safari as my main web browser at home.

Previously I had been using Perapera with Chrome and loved it, but there weren’t any options for Safari (I’ve covered pop-up dictionary browser add-ons previously). Today, I’ve been able to release the first version after several weeks of sporadic development. Here’s a screenshot of what it currently looks like: 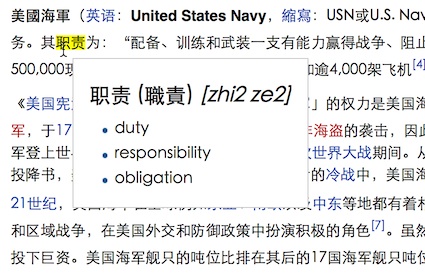 Please feel free to give any feedback, especially bug reports or feature requests. I’d love to hear from anyone using it!

(Note that this extension only works for Safari on OS X. Safari for iOS (iPhone/iPad) doesn’t support extensions.)