Who is Dashan (大山)? Well he’s actually the most famous Westerner in China – quite literally.

His real name is Mark Rowswell. He’s a Canadian that studied Chinese at university and went to China in the 80s on a scholarship to continue his studies. Through a series of fortunate circumstances, he ended up on TV and was watched by hundreds of millions of Chinese viewers, most of whom had never seen a white person speak such good Mandarin before (or at all).

He ended up embracing this and continued perfecting his Mandarin and doing media appearances. To this day, he is still the most skilled Western Mandarin speaker most Chinese people have or will ever hear. I’ve had native speakers tell me that he’s the only person where, if they close their eyes while listening to him, they cannot tell he’s a foreigner.

Having spent his childhood in regional Queensland in the 1960s and 70s, it’s quite surprising that Kevin Rudd developed an interest in China, since he would have had very little exposure to it there. Despite this, his interest was first kindled when he was about seven years old after his mother gave him a book on archeology that included Chinese artefacts. His interest grew further when Australia’s current prime minister Gough Whitlam visited China on two occasions (the first while still opposition leader) in 1971 and 1973, establishing diplomatic relations between the two countries.

As a bright student, he could have easily done a law degree (which would have aligned well with his interest in politics) but he opted instead to follow his passion and sense of adventure by doing a Bachelor of Arts (Asian Studies) with honours at the Australian National University in Canberra, starting in 1976 and graduating in 1981. During this course he learnt not only Mandarin but also Chinese calligraphy and the history, literature, poetry, philosophy and aesthetics of Chinese civilisation. 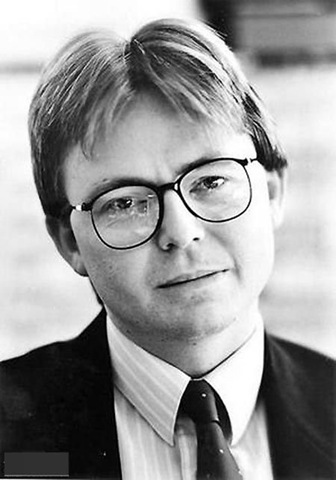 During this time, he took a ‘gap year’, deferring his university studies in 1979 and spending most of that year in Taiwan to improve his Mandarin. He trained at the Mandarin Training Centre at the National Taiwan Normal University. With a solid theoretical foundation, he skills quickly increased during this time. He would study in the mornings and then wander around in the afternoons, working on his character cards.

Returning to Canberra, Australia he resumed his final year of university. His 10,000 word honours thesis examined the conviction of Chinese human rights activist Wei Jingsheng and the state of human rights in China around this time (the 1970s), including transcripts of his trial that Rudd translated himself. You can download a copy of his thesis here.

After graduating in 1981, he joined the Department of Foreign Affairs in the hopes he’d be posted somewhere that would make use of his Chinese skills. Unfortunately, he was sent to Sweden for a few years before finally being sent to Beijing around 1984, but not before being sent to the Chinese University of Hong Kong to brush up on his Mandarin. Rudd is quoted as saying:

Their Mandarin course was designed for defence types and spooks. Consequently, I had a perfect vocabulary at that stage along the lines of “Is your flamethrower in good order?” and other useful things to help you in the streets of Beijing.

Kevin Rudd was born in 1957 and raised in regional Queensland on a rented farm. His father died in a car accident when he was 12, resulting in their family being evicted from the farm and leaving his mother to raise him and his three other siblings by herself.

Just an average student up until this time, something ‘clicked’ and he excelled as his studies. He found himself doing a BA in Asian Studies (with honours) at ANU, where he met his soon-to-be-wife, Thérèse Rein.

After university in 1981, he worked in the Department of Foreign Affairs, assisting various diplomats in several countries (including China), until entering politics in 1988 as the Chief of Staff for the Queensland state opposition leader, who eventually became Premier. In 1998 he became a minister of federal parliament and in 2001 was promoted to the shadow cabinet as the shadow foreign minister.

In 2006 he became the federal opposition leader and was elected as Australia’s 26th Prime Minister in 2007. A progressive leader, he enjoyed some of the highest approval ratings of any Australian Prime Minister and helped Australia avoid recession during the Global Financial Crisis in the late 2000s (the only Western country to do so). 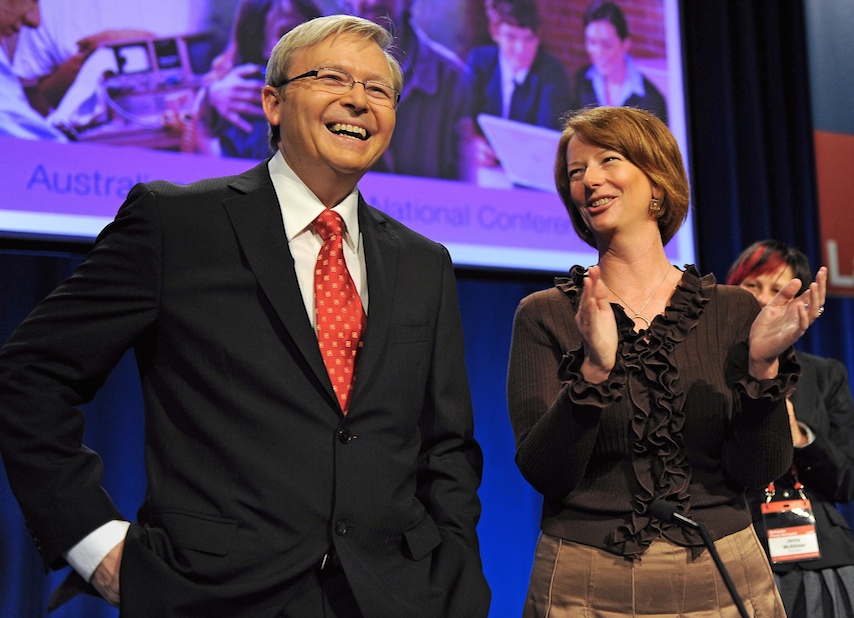 Despite being popular with the public, he was unpopular within his own party. He was was replaced by his deputy (Julia Gillard, picture above) and demoted to Foreign Minister for a time, before being demoted again to the backbench after making a failed attempt to regain the leadership. However, he later successfully regained the leadership and became Prime Minister again, but lost in the subsequent election to the conservative opposition and retired from politics.

He is now a senior fellow at Harvard University, where he is part of a research group studying US-China relations, and a distinguished statesman at the Centre for Strategic and International Studies in Washington. 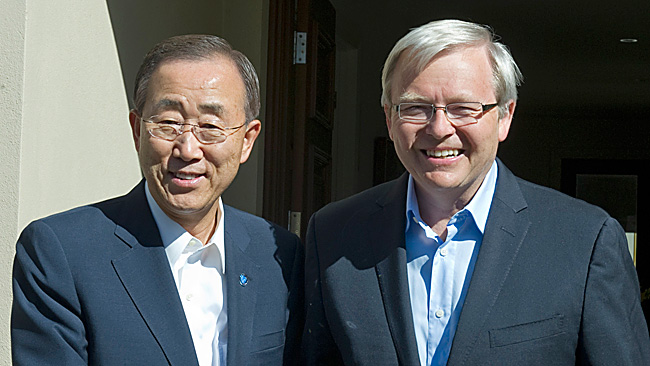 This very brief summary doesn’t even scratch the surface of his busy life and achievements. In the next post, I’ll focus in more detail on his interest and adventures with China and Chinese culture.

Next: Interest in China