Sometimes learning another language provides unexpected benefits, such as getting a joke that would otherwise pass you by.

Tonight I was watching episode one in season two of a TV show called Shaun Micallef’s Mad as Hell (Wikipedia, IMDB), which is a news-style comedy. As the show was starting, some Chinese text briefly appeared at the bottom of the screen: 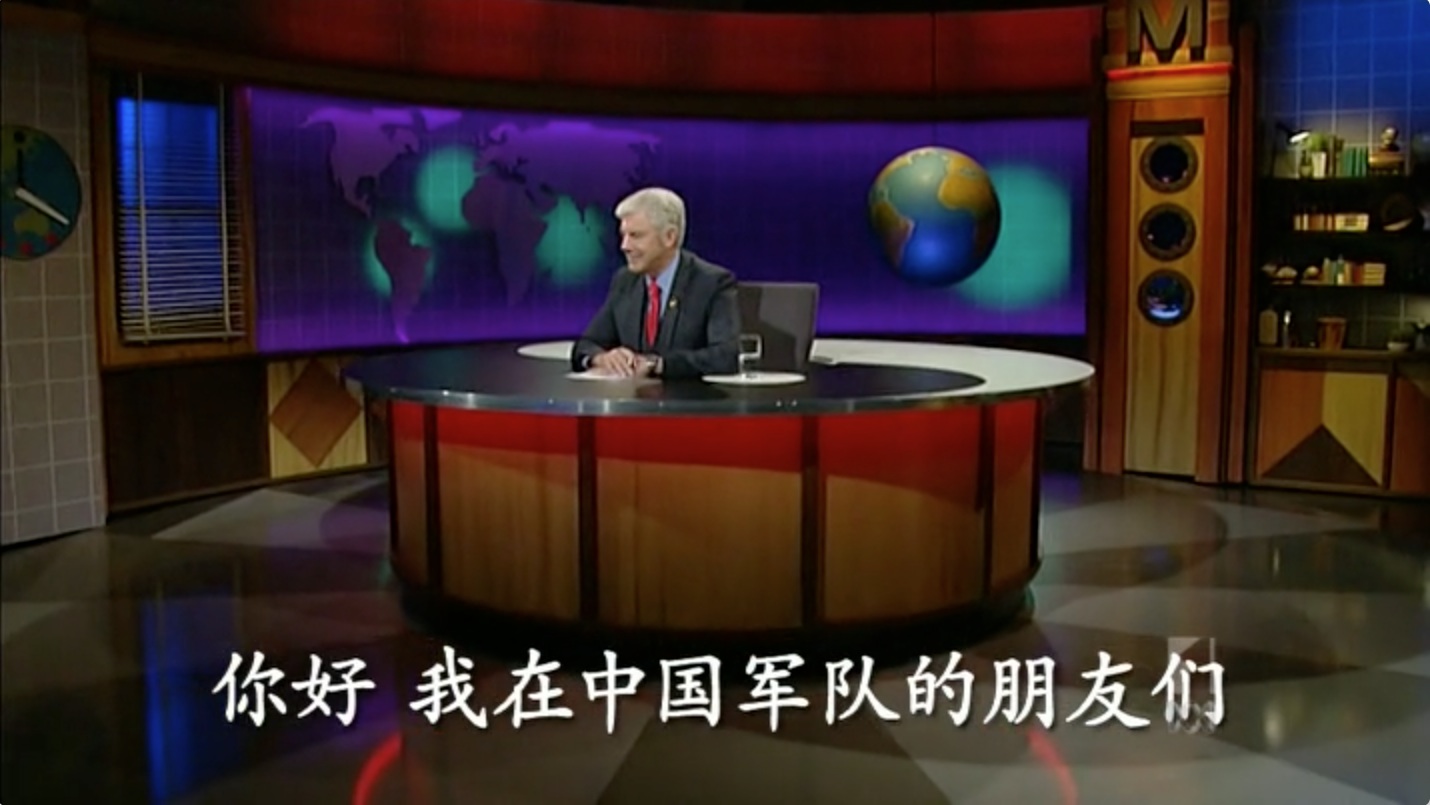 The text reads “你好 我在中国军队的朋友们” or “Hello my friends in the Chinese army”. I found this funny because it appears to be a reference to two things:

I really like shows that are packed full of jokes, where you almost have to work to get them all. Kudos to Shaun and his team!

In Season 3, Episode 2 Shaun is interviewing his Mad as Hell “Asia Service” correspondent from Beijing ‘Bronda Sen’ about recent unprecedented Chinese war games occurring in the Indian Ocean, when he aggravates her and she starts yelling. The ‘feed’ is then cut off and the following test card shown instead: 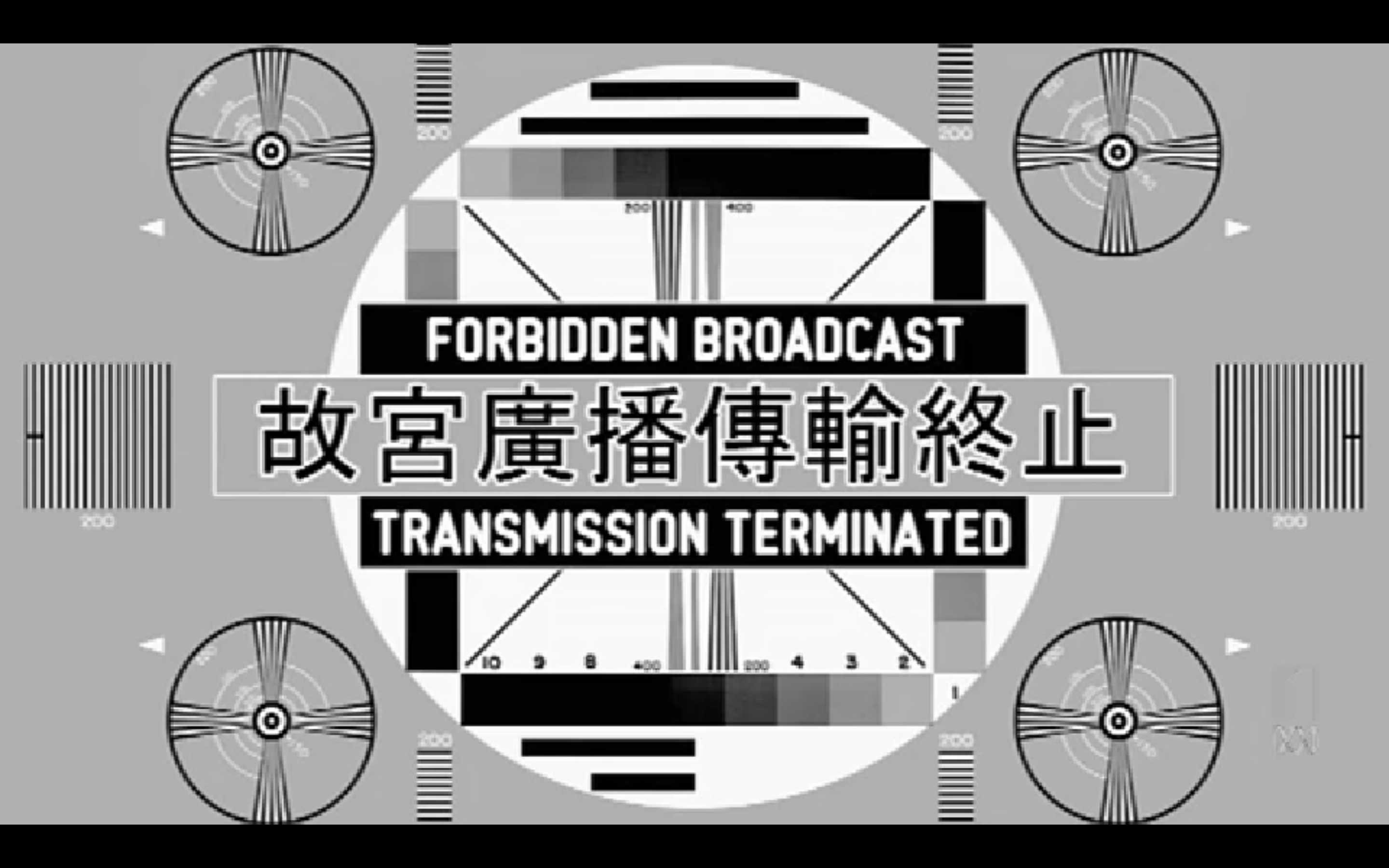 There are several curiosities with this.

I’m not sure if the differences are intentional or if my analysis of the meanings are correct. Perhaps it just gives us an insight into a late change made to the joke.